Yarralumla at a Glance; the real estate market and the suburb’s features 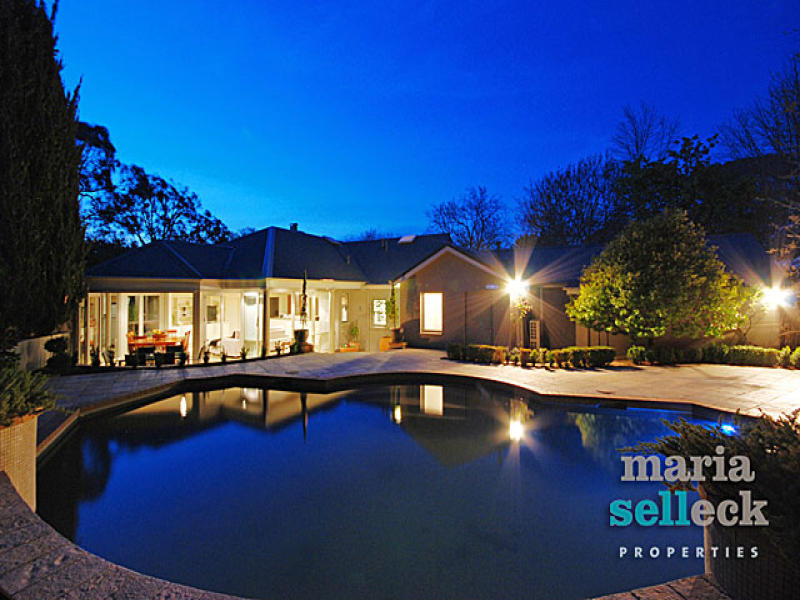 The area now called Yarralumla was originally part of two separate land grants granted to free settlers for the establishment of farms. In 1828, Henry Donnison, a Sydney merchant, was granted an allotment on the western side of Stirling Ridge. A second grant was made to William Klensendorlffe, a German who had served in the British Navy and arrived free in the Colony in 1818. Yarralumla was a name for the area used by the local Ngunnawal people, apparently meaning ‘echo’, and Donnison’s land was officially named Yarralumla in a survey of the area conducted in 1834.

When the construction of Australia’s capital city commenced, the Yarralumla brickworks were established to supply building material. The bricks were used for many of Canberra’s buildings, including the provisional Parliament House. In 1917, Walter Burley Griffin named the area surrounding the brickworks ‘Westridge’. Westridge was officially gazetted as a Canberra suburb in 1928 but was formally renamed to Yarralumla in the 1950s. In 1963, Lake Burley Griffin was filled, and Yarralumla was expanded to include Westlake, which had up until then been officially part of Acton.

Being one of the larger suburbs of Canberra’s Inner-South, Yarralumla is popular for its wide streets (named after Australian governors and botanists), green surroundings, and central location. Bordered by Lake Burley Griffin to the north and Capital Hill to its east, the suburb has many open spaces and historical landmarks making it an ideal location for buying, renting or investing in property. Higher house prices, its upscale lifestyle and convenient location have together contributed to the suburbs desirability and rising demand.

Despite Yarralumla being one of the largest suburbs in Canberra by area, its population remains relatively small.  Around half of its land area is made up of open spaces and non-residential developments and, being an older suburb, the residential blocks are often larger in size than the average allotments in the new suburbs of Canberra. Recreational parks, the Royal Canberra Golf Club, and the lush green grounds of Government House are some attractive features making it a popular neighbourhood for Canberran families to call home.

Weston Park, in particular, is extremely popular with people of all age groups. Sitting on a peninsula near the western end of Lake Burley Griffin the park has many swimming spots, children’s play equipment, wading pools and even a miniature railway. One of several parks that line the southern shore of Lake Burley Griffin; others include Yarralumla Bay, Lennox Gardens, a Japanese-themed park called Canberra Nara Park and Stirling Park. Next to Stirling Park, which lies towards the east, is the hilliest area of Yarralumla, perfect for spending some weekend family time and enjoying picnics and barbeques.

Just around the corner from Bentham and Novar streets, is the Yarralumla shopping and community centre which boasts a supermarket, a post office, a bakery, dry-cleaners and chemists, gift shops as well as several restaurants and specialty shops, giving Yarralumla a community atmosphere.

The Governor-General’s residence Government House is located at the western end of the suburb in 53 hectares of parkland. It sits alongside Lake Burley Griffin, next to the Royal Canberra Golf Club and Scrivener Dam. Also located alongside Scrivener Dam is the National Zoo & Aquarium. The nearby Yarralumla Woolshed is available for event hire, often playing host to parties and bush dances. The land surrounding the woolshed has been developed as an equestrian park, including areas for showjumping, eventing and endurance riding.

The eastern end of Yarralumla is home to many of the diplomatic missions in Canberra, many of which are built in a traditional style reflecting that of their respective home countries. The diplomatic establishments and historical significance of the suburb lend an air of sophistication to Yarralumla executive buyers find attractive.

Yarralumla has convenient public transport with ACTION buses but is also going to have easy access to the light rail when Stage 2 to Woden is completed (via stops along Adelaide Avenue), so getting around town will become even more accessible.

Nearly 65% of properties in Yarralumla are separate houses, with the average median sale price now $1,447,500. Owners are seeing a return on investment with the suburb finishing 2018 with 1.2% growth (and returning positive years four of the last five).  Maria Selleck, our Yarralumla expert, who is also a local resident and has achieved many premium sale outcomes, including several record sales for her Yarralumla clients, expects the suburb to continue performing strong in 2019.

With its amenities and flourishing real estate portfolio, buying or renting houses in Yarralumla is a smart move.